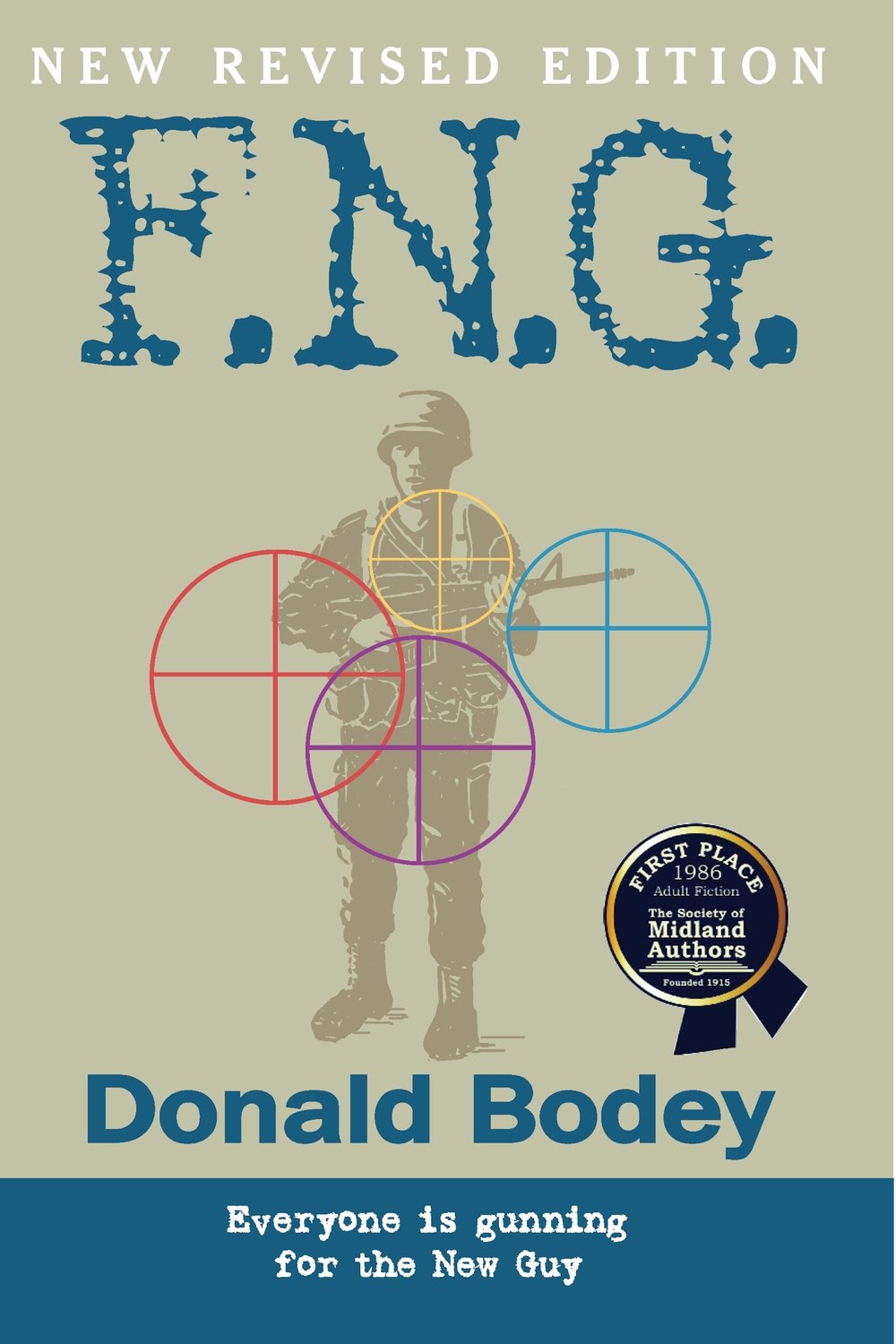 Everyone is gunning for the New Guy

Gabriel Sauers of Two Squad is a soldier, newly arrived in Vietnam--a country too beautiful to invite so savagely unreal a war. But Gabriel won’t be a New Guy for long. He’ll go through incoming mortars, he’ll see the enemy alive. He’ll wander through a hell that will turn the green recruit lucky enough to survive into a death-hardened veteran, longing for nothing more than a return to the world of hot baths and cold beer, no bullets, and no noise. Now, 40 years later, he is grappling with an action on the verge of his grandson Seth’s deployment to Iraq that will change both their lives forever.

"A powerful social document and a well-written, deeply moving first novel...highly recommended" --The Library Journal "Raw, profane...a candidly moving portrayal of the average American soldier in Vietnam, who often found courage when he did not seek it--but little of anything else." --Chicago Sun-Times

"The day to day grind, beautifully and touchingly rendered by...a Vietnam veteran, is told with an unrelenting accumulation of detail." --The New York Times Book Review

"A harrowing vividly written account of hell with a leavening of light moments. A revelation for one who wasn’t there. Painful for those who were." —Bob Mason, author of CHICKENHAWK

The Reflections of History Series from Modern History Press www.ModernHistoryPress.com
(an Imprint of Loving Healing Press)